He Is Not Ready To Get Married. What Next?

You are here: Home / Deals / Psychic Readings / He Is Not Ready To Get Married. What Next? 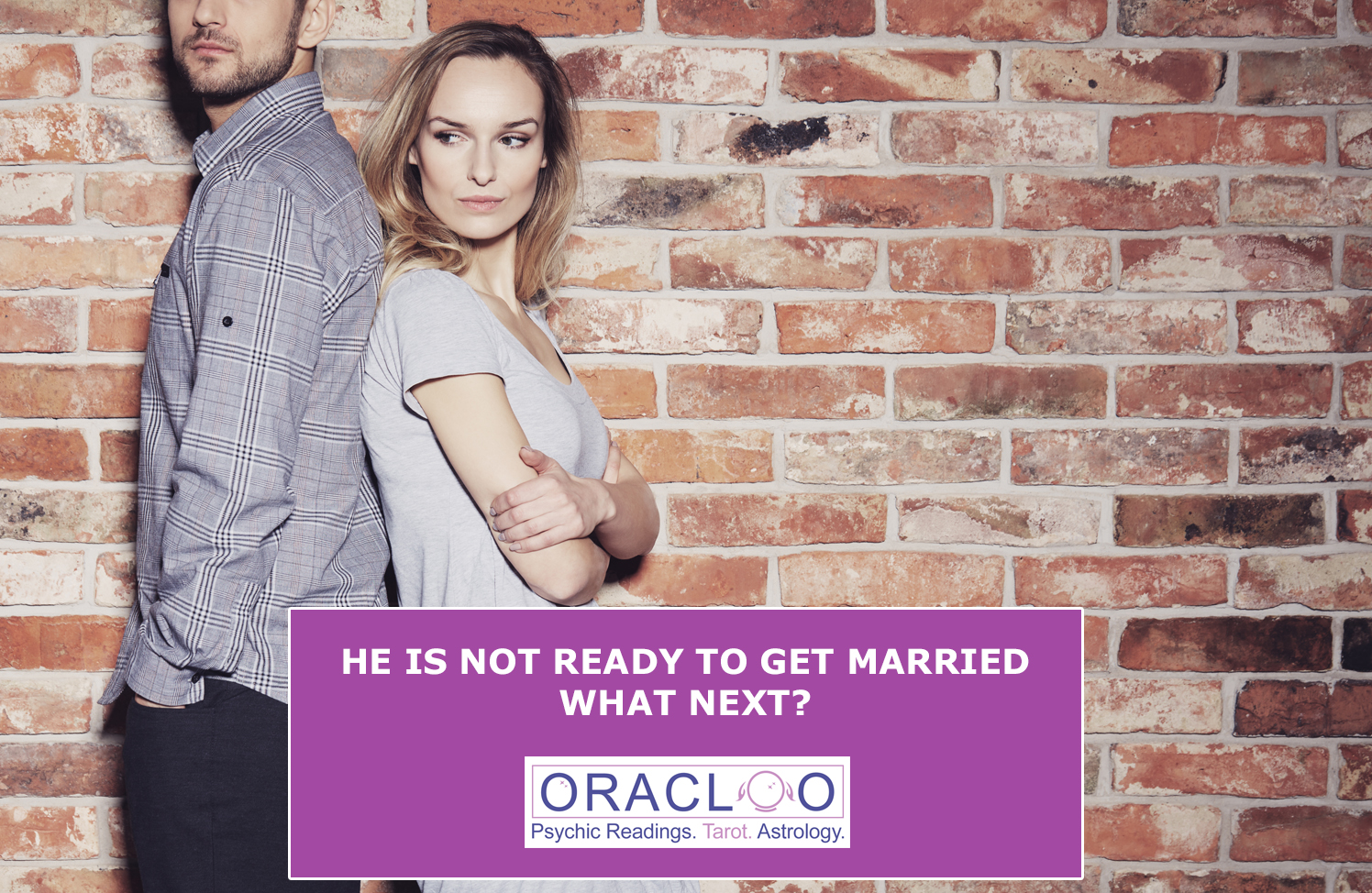 He Is Not Ready To Get Married. What Next?

You might have been seeing him for a couple of months, maybe even longer.  On the surface, things seem to be going well, but you can’t help but think about the fact that he hasn’t made any mention of moving the relationship to the next level. As a healer and a psychic reader, I have seen over the years that this is one of the topics that women tend to have an issue with.

They say that a love relationship goes through five distinctive phases and yet the transition between being a couple and settling down is a delicate one.

According to studies, men do have a biological clock, but their timing is different from women. This is believed to be because men tend to prioritize financial stability over settling down and starting a family. In other words, even when in love, men tend to delay settling down until they feel more financially secure.

Women, more often than not, tend to misunderstand this and believe that it’s because their male partner isn’t serious about them. Not necessarily wanting to raise the issue and scare him off there can be a tendency to suffer in silence instead.

Here’s how you can cope while you’re waiting for him to propose:

1. Stop Thinking About it

Sure, you can speculate in any direction you like, but the only person who can tell you why he isn’t ready is him.

Chances are you won’t be ready to get the honest feedback you longed for, and even if he is ready to propose at this stage, it is likely that you’ll make it worse if you respond in the right way. If you are getting obsessed by this, how about setting a time deadline to pop the question in the future? This usually helps to stop going in circles about it and helps you have extra time to go through some different scenarios on how to approach the matter and plan your reaction to potential scenarios.

2. Be Patient and Understanding

They say good things come to those who wait, right? Yes, you want and deserve security, but how about focusing on finding ways to strengthen your relationship first? Remember, this shouldn’t just be about the wedding ceremony, but also for the ‘happily ever after’ that follows it.

SPEAK TO A PSYCHIC EXPERT NOW.
THE FIRST 3 MINUTES ARE FREE

3. Accept that You Can’t Control Your Partner

If you feel he is your Mr. Right and you want to get married soon, do your best to bring the question up in a way that’s comfortable for the both of you. At the same time, get ready to respect what he has to say and be ready for a compromise. The longevity of a couple is always linked to your ability to both express how you feel about your life together.

I am a god gifted, honest, natural born psychic blessed with spiritual powers and an aura healer. I am a strong believer in powers and have practised reading people’s love life, career and finances to help with my healing powers.

Call He Is Not Ready To Get Married. What Next? |

How to Make a Long-Distance Relationship Work