You are here: Home / The Empress Tarot Card 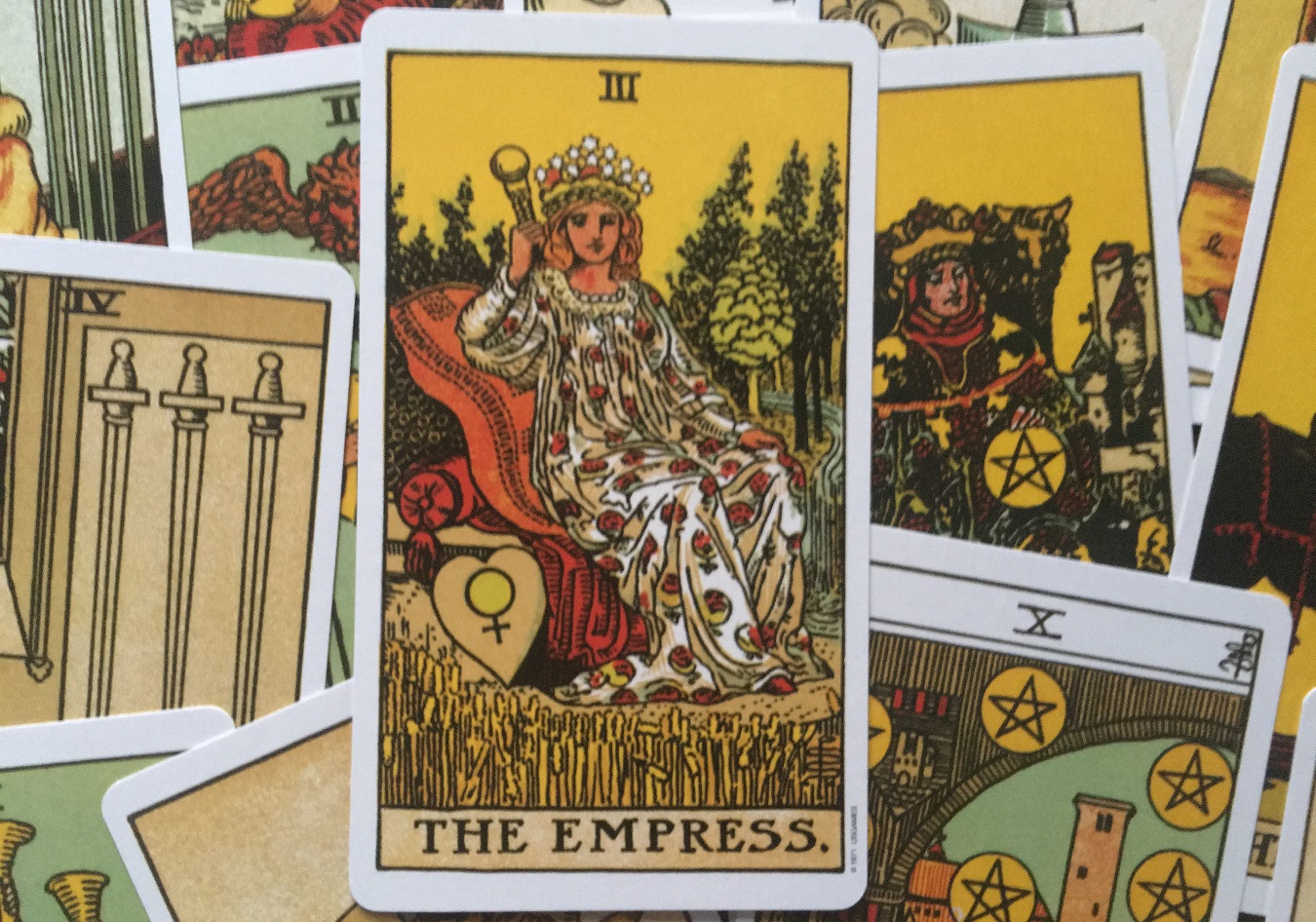 The Empress in the tarot cards represents Venus, the Greek goddess of beauty and the Virgin of the Christians. Everything in the tarot card figure – starting from the wings, symbols of the air – alludes to the intellect readiness and versatility of ideas. It is thanks to this intellectual superiority, symbolized by the crown and the sceptre, both imperial command emblems, that the Empress tarot cards in the psychic readings rises above the objective world, until the proper sphere of perfection, containing the Platonic models of reality, archetypes and primordial ideas that have always been man’s companions. The Empress tarot in the psychic readings represents mental spark, creating more and earlier in the design phase the construction practice.

The Empress with her serene, virginal attitude evokes the image of the Earth fertilised but not yet open to all possibilities. In the psychic reading, especially when it comes out straight or in a favourable position, color neighbouring cards of their creative qualities. In this sense the divination card is strongly affirmative: it determines success, work that has a good basis of achievement, an emotional relationship with growth that is developing positively and a problem that is resolved through the commitment. It shows to the clairvoyant procreation and fecundity in all fields, pregnancy, a faithful wife, and trusted friends. It is a card that can also mean achieving success in the arts, study and work. Usually, it does not only indicate economic success but rather the profound realisation as well!

The harmony that emerges from the look and the posture of the Empress tarot card is reflected in the pair, giving it a serene stability. An important meeting, a new relationship begins under sweetness and loyalty. Engagement, marriage, motherhood, the birth of friendship that is very significant.

For those working with intelligence and methods, success is looming fast. New professional initiatives, prestige and recognised merit. Promotion ensured to all students: obtaining a diploma, passing a competition, teaching.

The Empress tarot card in the psychic readings is moderately fast, from two weeks to a month, but if well supported, its quality extends over time, up to 3 months.

When it appears reversed or in an unfavorable position in the psychic reading, the Empress tarot card completely overturns its attributes: honesty becomes malice, deceit, subterfuge, the appearance of pleasure in vanity, coquetry, youth into immaturity, serene authority into despotism, dryness, conceit, arrogance, activity and dynamism in weakness. It is a tough psychic card, as it determines an identification in the forms: pettiness, laziness, physical and mental sterility, opportunism, mediocrity, inability to carry out works undertaken, inability to accept situations or events, fear or rejection of motherhood. This combined with an attitude that rejects the understanding, which leads to the possibility of getting lost behind apparent things without knowing the substance. This is why it is often associated by clairvoyant with a false sense of security, overestimation of their own abilities, vanity, frivolity, numbness and flattery, self-centredness and materialistic bias compared to all relationships, infidelity and rivalry.