You are here: Home / The Chariot Tarot Card 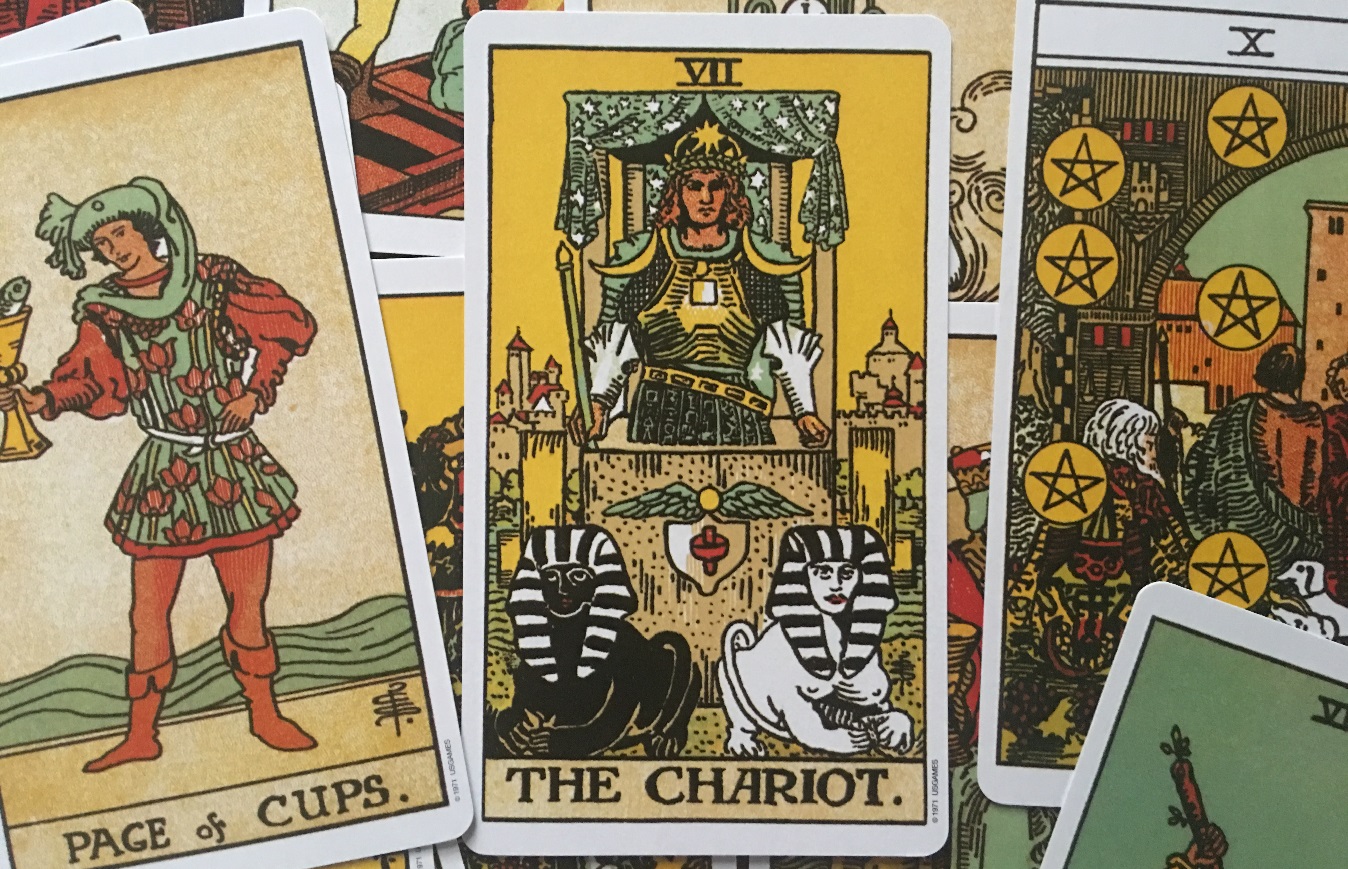 The Chariot tarot card is a symbol of victory and royalty. The card shows a vehicle still tied to the construction material, on which the triumphant leader travels the world. Holding the sceptre of command, which picks up the energies of the cosmos. The leader leads the chariot safely, pulled by two horses. The character depicted in the Chariot tarot card represents all the scars of those who fought and won overcoming almost insurmountable obstacles. The number seven that accompanies the Chariot tarot card, in fact, is the number of completion, the wholeness of a series: seven is, not coincidentally, the number of days in the week, the number of virtues, deadly sins, musical notes, rainbow colours and the number of known planets ancient astrology.

The card represents a secret triumph and the card gives the reading a positive twist. Matured through the choices and trials, it shows to the clairvoyant that the consultant is experimenting with a new state of awareness, emotional stability, self-reliance and self-control. Very exciting are the promises of the upright Chariot tarot card. It tells us of triumph over difficulties, overcoming a period of uncertainty, supremacy over rivals and progress and luck. It means originality, overcoming difficulties, emotional relationships in positive development stages and great intuition.

The time is right to begin thinking about a wedding or reconciliation. In the couple, the tarot card shows the clairvoyant a tender and safety affection, despite a hint of arrogance inherent in partners. Exciting innovations and adventures await those who are still in the hunt for the right partner.

Success, career advancement and ambitions are realised thanks to the determination and decision-making of the consultant. A trip. It can also show the clairvoyant that the querent’s studies are going well, with particular reference to university diplomas and degrees to be soon awarded. Favourable opportunities such as job interviews, courses and workshops are not to be missed. Success is on the horizon for athletes, particularly those who practice racing professionally.

The Chariot is very fast: one-week maximum, but of course, it burns right away, no more than two months’ duration.

The Chariot tarot card is strong and dynamic, and reversal will exacerbate this.The struggle always remains in the foreground, but as if the psychic card is in an upright position, it is showing the clairvoyant a success for the consultant. When the tarot card is reversed in the psychic reading, it can have an uncertain outcome or involve a large expenditure of energy. Then, when the nearby tarot cards are negative, victory turns into defeat and projects are likely to fail. This can be a moment of stasis, or of loss of control or a dishonourable escape from responsibility. Should the tarot cards around the Chariot be negative, the psychic reading indicates to the clairvoyant a stall for the consultant a lack of insight, apathy, passivity, excessive reasoning, lack of imagination, or inability to formulate creative concepts and lack of action.