You are here: Home / The Emperor Tarot Card 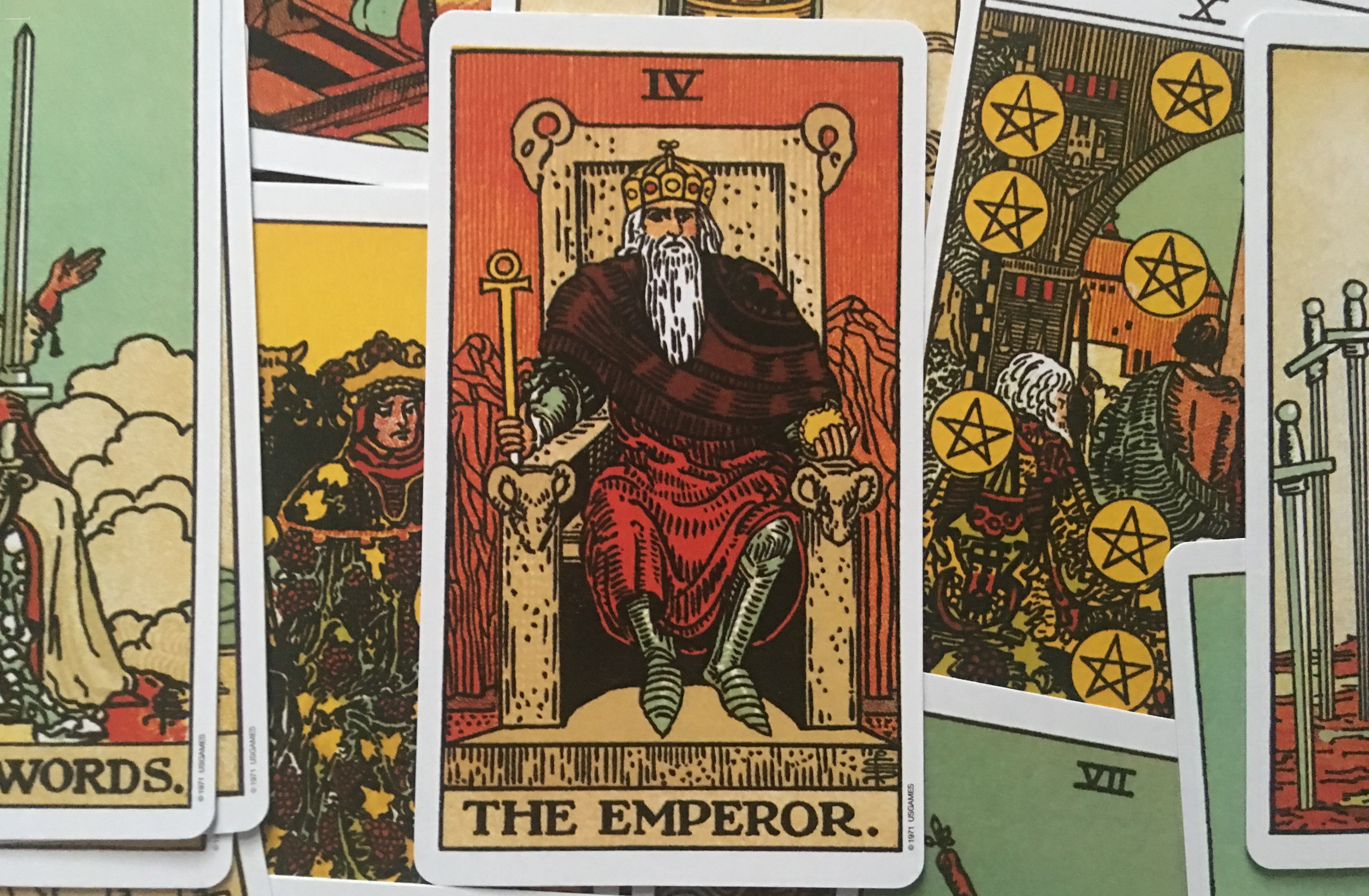 The Emperor is the ruler of this world. The cube on which he sits is, in fact, the most stable of the geometric forms and is based on esoteric significance of the number four, the number of stability. The right hand is a symbol of male power, wielding the sceptre, which alludes to the domination of the soul, strengthened by the symbolism of the eagle, which stands on the shield side of the throne.

The Emperor refers to all that is solid, practical and designed to last. It determines a positive situation and the ability to live with optimism and with pride. This card tells us that all goals will be realised thanks to hard work. The emperor is constructive, wise and decision-making. This arcana represents the force and the development of an activity, an increase, or a positive disposition. It also represents optimism, a period of physical and mental wellbeing or a successful love. It may also represent a Father figure or a positive relationship with a man or men in general.

This card implies the potential for a stable relationship, perhaps co-habiting or marriage is on the cards. It might also tell us of intense feelings, solid bonds of friendships and a happy conclusion.

In your career, this card can relate to travel in work or further study that will be taking place.

The Emperor brings the average time (from one month to a month and a half) and lasts too long, in time, more than three months.

The Emperor upside down or in an unfavourable position represents stubbornness and rejection of power. It can also indicate that failure may be a result of your own lack of motivation and inability to take action where necessary. It might also signify a sense of hopelessness, lack of emotional fulfilment and that you are, at this time, taking things too much to heart. It can also represent a person who is insistent on giving help to others even though that help is not asked for or required.