You are here: Home / The Death Tarot Card 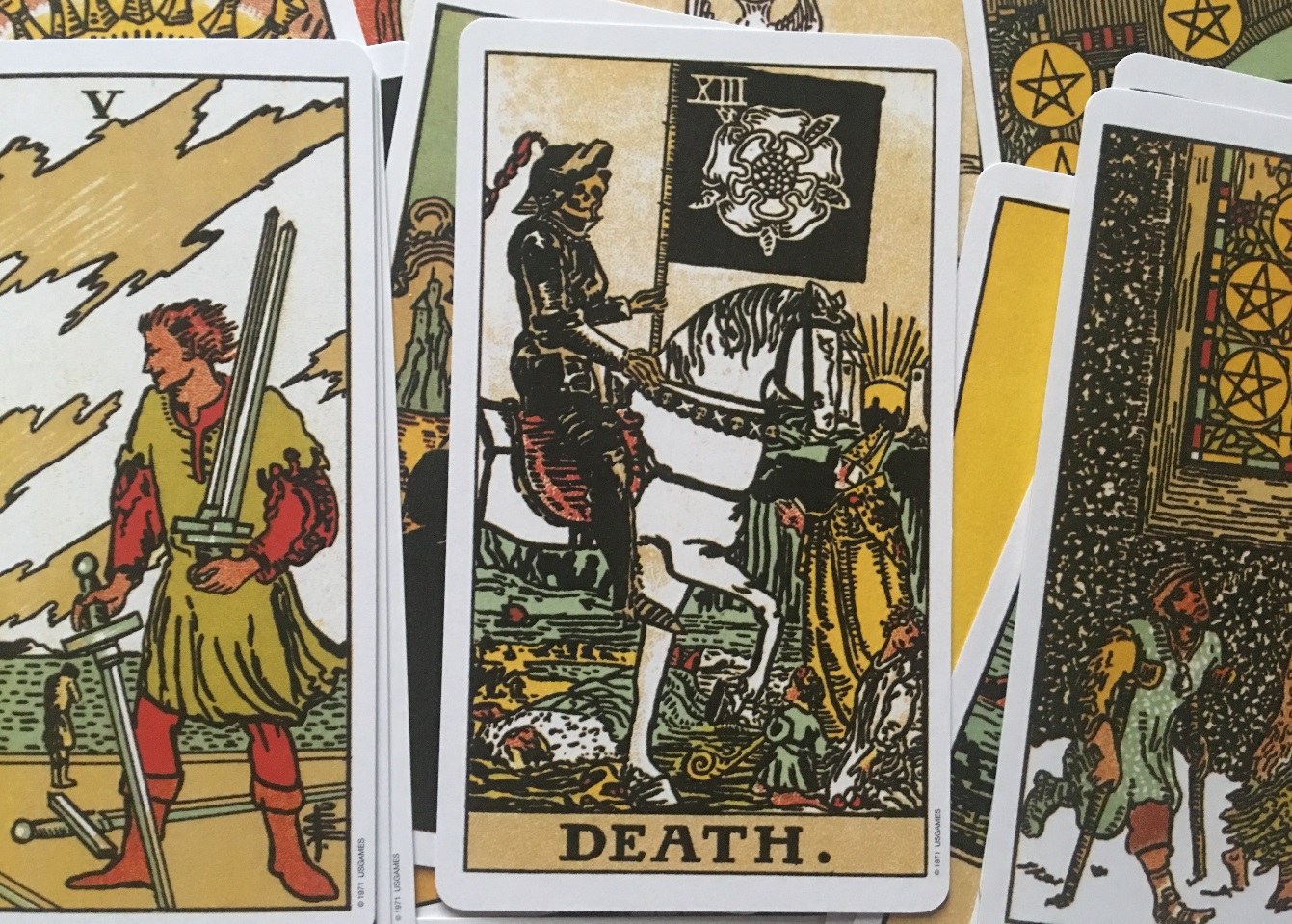 The tarot arcana number thirteen is the Death card. This card represents a prerequisite to rebirth. Compared with the traditional representation, it is depicted in the tarot deck with a skeleton that has the bones of flesh-pink hues, representing the colour of all that is human. The skeleton is wielding a scythe in its left hand to draw with it the letter Mem in the Hebrew alphabet. The sickle has a yellow handle, which is the colour of the earth. It also has head that seems not to have lost vitality and expression, as if to indicate that nothing dies altogether and that what may have seemed to be lost was only transformed and will continue.

The Death tarot card in is a symbol of transformation and movement. It represents the necessary abandonment of the past for access to a future full of promise. It shows to the clairvoyant that what had to happen to move on to a brighter future has happened and the bottom of the situation has already been reached. The card is telling us that from now on the consultant has nothing left to fear.

The card lets the reader know of an ascent, liberation and revitalization that will take place that is following an inner awakening. It shows to the clairvoyant the beginning of a new era for the consultant, a new love or a new job.

The Death tarot card shows the clairvoyant that drastic change is imposed on the love life of the consultant. This change can take many forms, including a break of a relationship which is painful but beneficial for the individual evolution. The Death tarot card can also bring a phase of temporary solitude, which is a prelude to new relations or a change of partner. It can also show to the clairvoyant a relationship that becomes positive after a temporary separation.

A change of residence or employment, a new business venture created after overcoming a series of obstacles. All the professions connected with the unconscious are favoured, such as psychiatry, psychoanalysis, criminology, sexology, and occultism.

It is a pretty fast card (up to three weeks), but its full outcome can also be very long lasting (about four months).

Following a defeat or a delay, the consultants programs demand to be promptly revised.

The Death tarot card when reversed usually shows that the consultant is going through a time where they lack self-esteem and may be feeling pessimistic. It might signal an inability to change, or that a painful change is taking place that is not wanted. It definitely shows a struggle in accepting these sudden events.