You are here: Home / The Magician Tarot Card 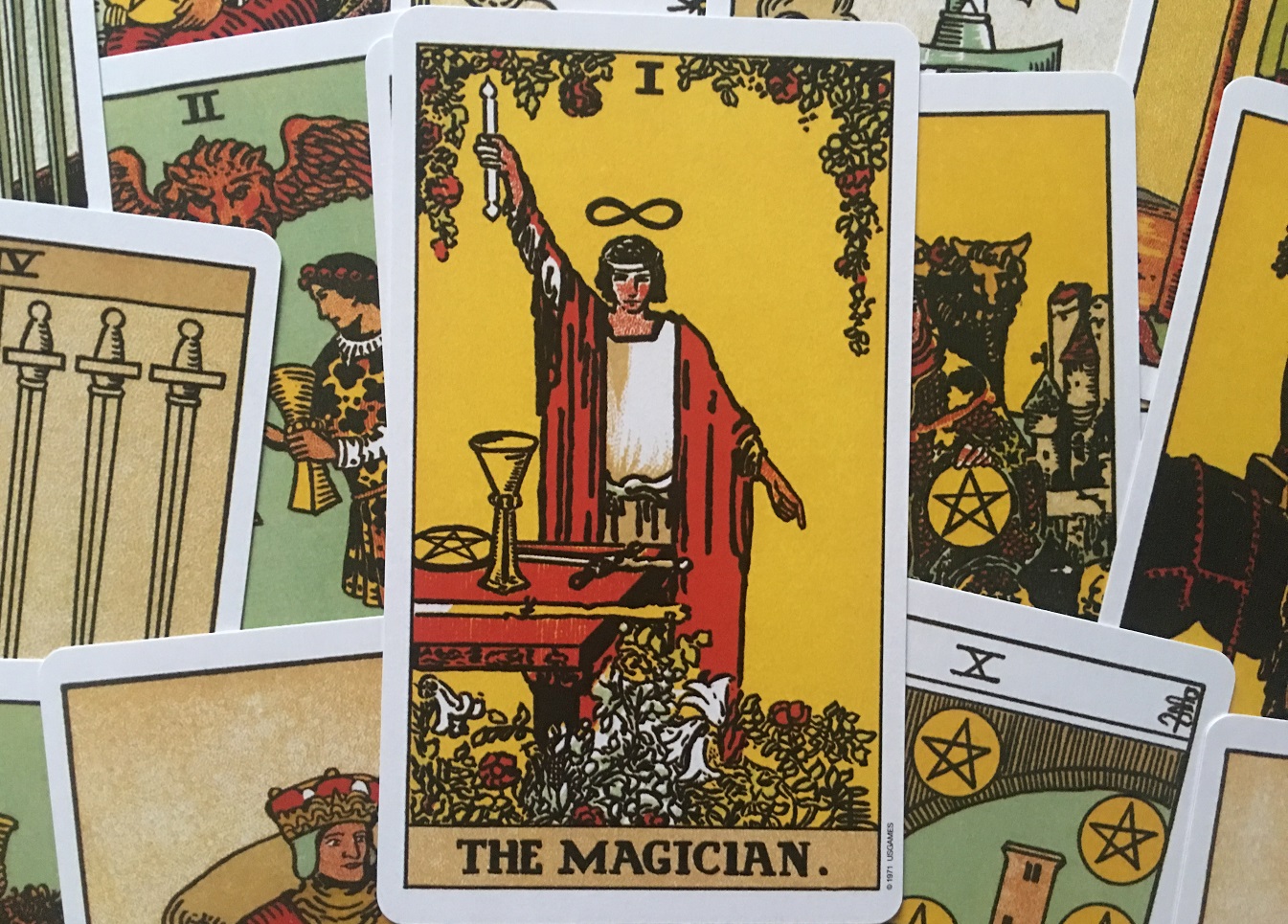 The Magician represents a young man starting his craft. In his left hand he holds the baton of command; suggesting the trigger to an action, while his right hand points to the tools of the trade: a glass or cup, a symbol of water and wisdom and a knife or sword, an emblem of the air which represents courage and the ability to turn fate around.

The Magician tarot card is strongly linked to the fire element. It shows us a unique opportunity, a creative impulse and energy to an imminent action is not far off. When the card appears upright, it announces the beginning of a new action or a great opportunity. Strongly linked with new beginnings, the magician tarot card brings to the table the possibility of a change; and it must always be linked to the tarot cards before and after it since the strength of the opportunity could be changed depending on how the othe tarot card reads. Overall the Magician brings intuition, flashes of genius, creative strength, falling in love, lightning, brilliance and intelligence.

The Magician tarot card shows the beginning of a friendship or a love affair, an important meeting that will result in a significant relationship. Magnetism, and power of attraction towards the opposite sex.

The start of an activity that will bring career opportunities.

The Magician tarot card shows an action that will happen in the near future.

When reversed, the Magician tarot card can show the possibilities of blocks, inertia, destructiveness and frustration. It can also suggest a person who begins many projects without completing any of them.