You are here: Home / The Hanged Man Tarot Card 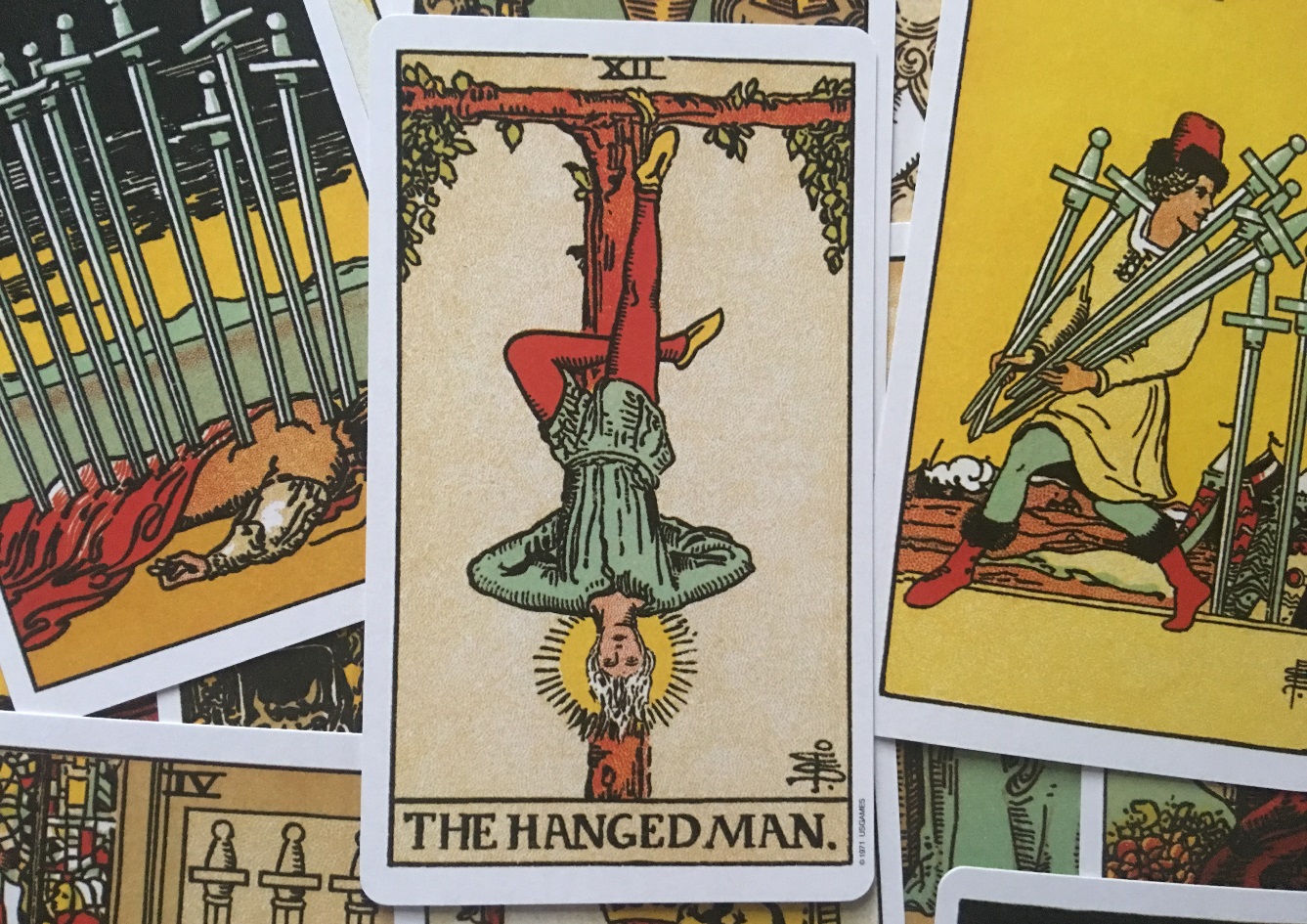 Hanging by his left foot from a beam, his right knee bent cross the other leg, the young man depicted in the tarot arcana number twelve represents the twelfth sign of the zodiac, Pisces. Being hanged is in fact, rather than a punishment, a symbol of inactivity or passive reactions.

The hanging, or the reversal of perspectives and values, gives a soft side to the character of the Hangman. This tarot card shows the clairvoyant an invitation to become more flexible, receptive and to adapt. The consultant, voluntarily or not, has all the time desired to review the current situation and postpone decisions and projects. Delays and obstacles have their hidden reason and should be interpreted as a warning.

The consultant has also to accept fate and temporarily submit to the course of events. This is why this tarot card is often seen by clairvoyant as symbol of faith and dedication. It shows that everything must be sacrificed selflessly to a person or to a cause, without expecting immediate rewards. Unlike the desired transformation from the Wheel of Fortune and Strength, which is quick and sudden, the Hangman tarot card announces a slow transformation, more internal than external. The current situation is likely to undergo radical changes and negative only in appearance.

The Hangman tarot card represents a secret love, maybe initially unrequited, or a platonic feeling which leaves room for real physical experiences. The union to which the consultant is thinking about will prove lasting and true because it was built by waiting patiently. Do not rule out a temporary separation from partners with the view of a happy future together. The abandonment of a loved one can only serve to reflect and mature.

Success is built in small steps, with conscientious and selfless work. Studies on philosophy, religion, medicine, psychiatry are the favourites of this card as well as photography, music, art, and care professions such as doctors, nurses, and social workers.

The Hangman tarot is a slow card signifying a period up to two or three months. It effects are equally long-lasting.

When the Hangman tarot card appears reversed in the psychic readings or when it occupies a position of disadvantage, the existential situation of the consultant is especially difficult. The consultant may be plagued by worries, regrets and missed opportunities. The clairvoyant is shown an endless series of doubts as well as an inability from the consultant to make a decision which leaves him or her stuck in a situation of inaction and renunciation. It can also represent risks, loss of contact with reality, the illusion of utopia, apathy, indifference or more severe forms of depression, delusions, masochism and self-destruction.