You are here: Home / The Moon Tarot Card 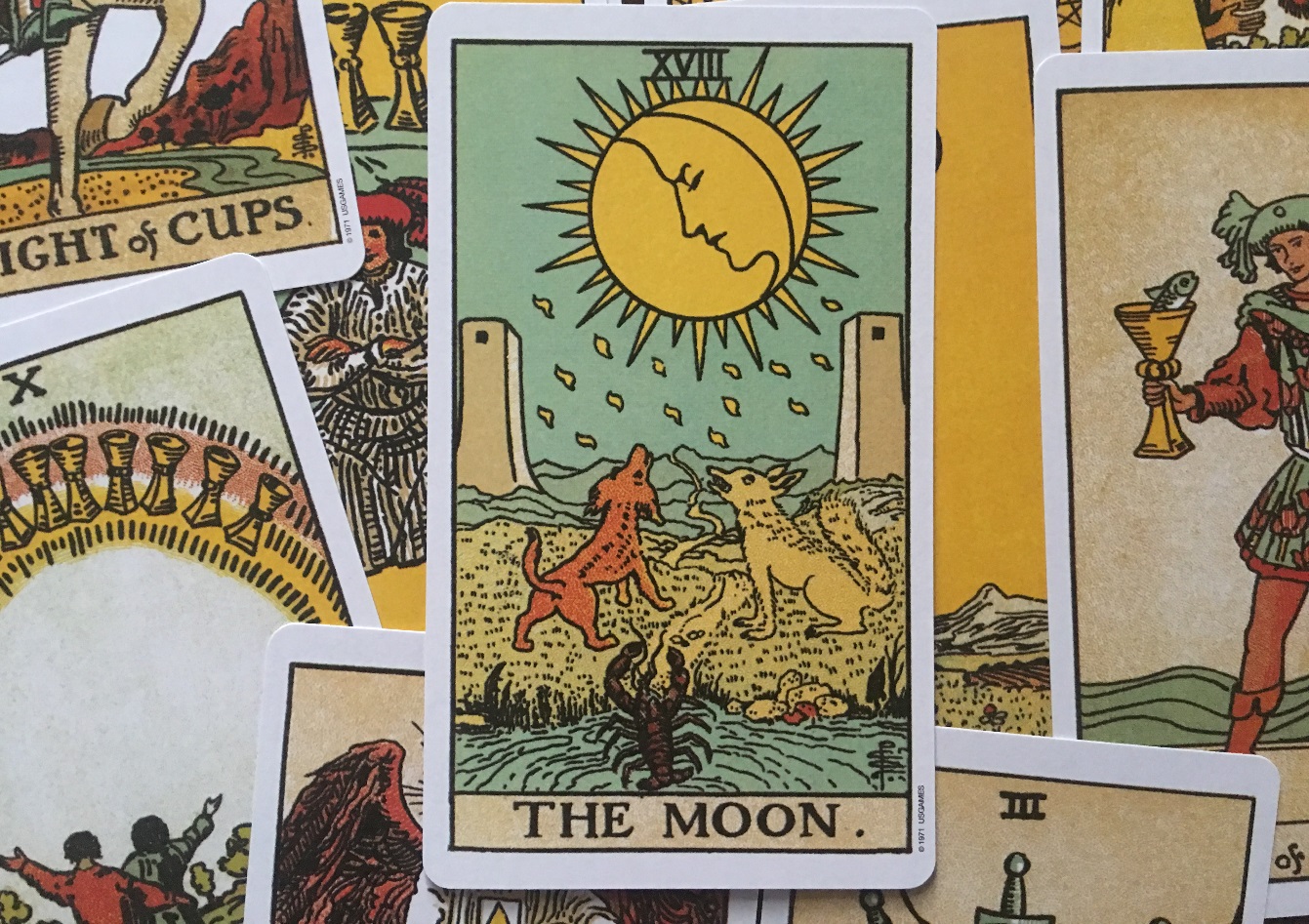 A pale moon face is reflected in a pond at the centre of the Moon tarot card where a huge crab, the zodiac sign of Cancer that is the home of the moon, is devouring all the residues, so that the water does not exhale bad smells. The Moon tarot also portrays two dogs at the shore who are monitoring the path of the moon. This figure represents the last ‘heavy’ tarot card in the tarot deck –this card is one that is more positive when it appears reversed in the psychic reading than when is in the upright position.

The Moon represents the unconscious, the unexpressed, the dark and the night. It talks about the clairvoyant memory, intuition, reflection, imagination, dreams, in short, everything that implies an indirect approach, more unconscious and receptive than active.

It is, however, a never fully positive tarot card, even when accompanied by positive tarots. The card is also traditionally linked to phases of the moon, and therefore to black magic, witchcraft and clairvoyance. This explains the most disturbing aspect of the tarot card that is linked to prophecy, parapsychology and magical and evocative practices.

This tarot card also talking about memories, regrets, secrets, encounters with people who belong to the past of the consultant and childhood friends and relatives not seen for some time. As the moonlight, however weak, has a certain dark power, the card can also ensure a victory over temptations and the recognition of a fraud before it does damage. The moon tells the clairvoyant of scams that will fail or have failed. It is also often related to the daily life of the consultant, their family, and to their inner selves. For those single and seeking a long-term partner, it can signal to the clairvoyant the consultants need to find a relationship that is based on deep feelings.

It connects with the house, the family, the home and everyday life as well as relatives. Fertility, pregnancy, childbirth.

Creative professions, in contact with the public or aimed at children are favourite; fiction, entertainment, psychology, assistance to women and children, nutrition. Nurseries, Kindergartens, places of refreshment, bars, restaurants, hotels.

The Moon tarot card is moderately slow (from two to three months) and its interaction margin is very long (over a year).

One of the few tarot card heavier upright than reversed in the psychic readings, the Moon brings the need of a deeper analysis, whilst signalling depression, destructive emotions, and anxiety.

It can also show that the goals of the consultant, when subjected to external influences, are not destined to be realized.