You are here: Home / The Strenght Tarot Card 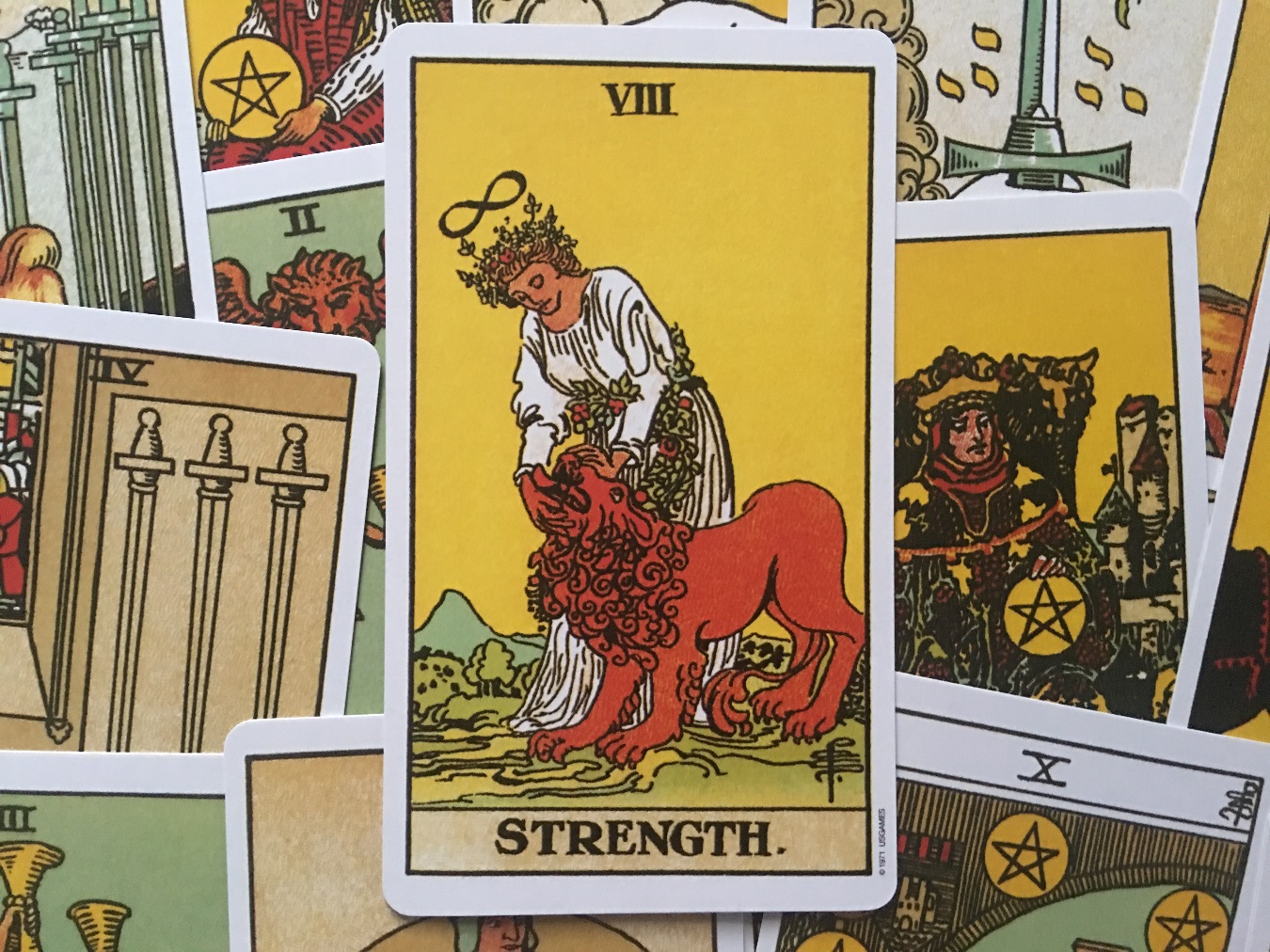 The Strength card is not depicted through grandiose images of giants, but with a female character who, with her power of gentleness and no apparent physical effort, tames a beast. On a closer inspection, however, the garments the female figure is have much more to reveal. The red dress, synonymous with strength and vitality, is in fact partially covered by a blue cloak; this is the colour of intelligence and spirit. Similarly, the headgear is reminiscent in shape to the number eight (or the infinity symbol) that is the Magician, alluding to the mental supremacy over the matter. It is a simile of knowledge and intellect that can, through instinct, courage and inner strength, dominate the disorder and randomness of events. The feet of the Strength female figure are firmly on the ground, her headgear speaks of infinity and it is in this limitless space that the woman asserts her will.

The Strength tarot card tells the clairvoyant that the consultant has in him/herself all that it takes to control the situation, and the skills to overcome it. The tarot card is all about self-control, morality and triumph of science over nature. The Strength tarot cards tells the clairvoyant that the wishes of the consultant will be granted, his/her expectations of notoriety will be satisfied and that the situation will evolve into a success.

The Strength card talks about passion and tenacity in feelings. It could refer to new love, engagement, wedding, constructive inclusion in a group or family. The consultant has nothing to doubt when it comes to the loyalty and sincerity of partners.

The Strength card is a positive card when it comes to work. New and successful professional relationships will be formed.  succeeding in the future.

The Strength tarot card is very fast, up to a week, but its intensity is quite stable and can last several months (up to three months).

When the Strength tarot is presented in the reversed position or next to very negative tarot cards it can express to the clairvoyant the consultants negative potential in two different and opposing ways: weakness, insecurity, ineffectiveness, indifference or, on the contrary, the excesses, violence, and abuse of power. It can also represent the moral weakness, lack of strength and energy, emotional and mental stagnation, passivity and self-denial.