You are here: Home / The Judgement Tarot Card 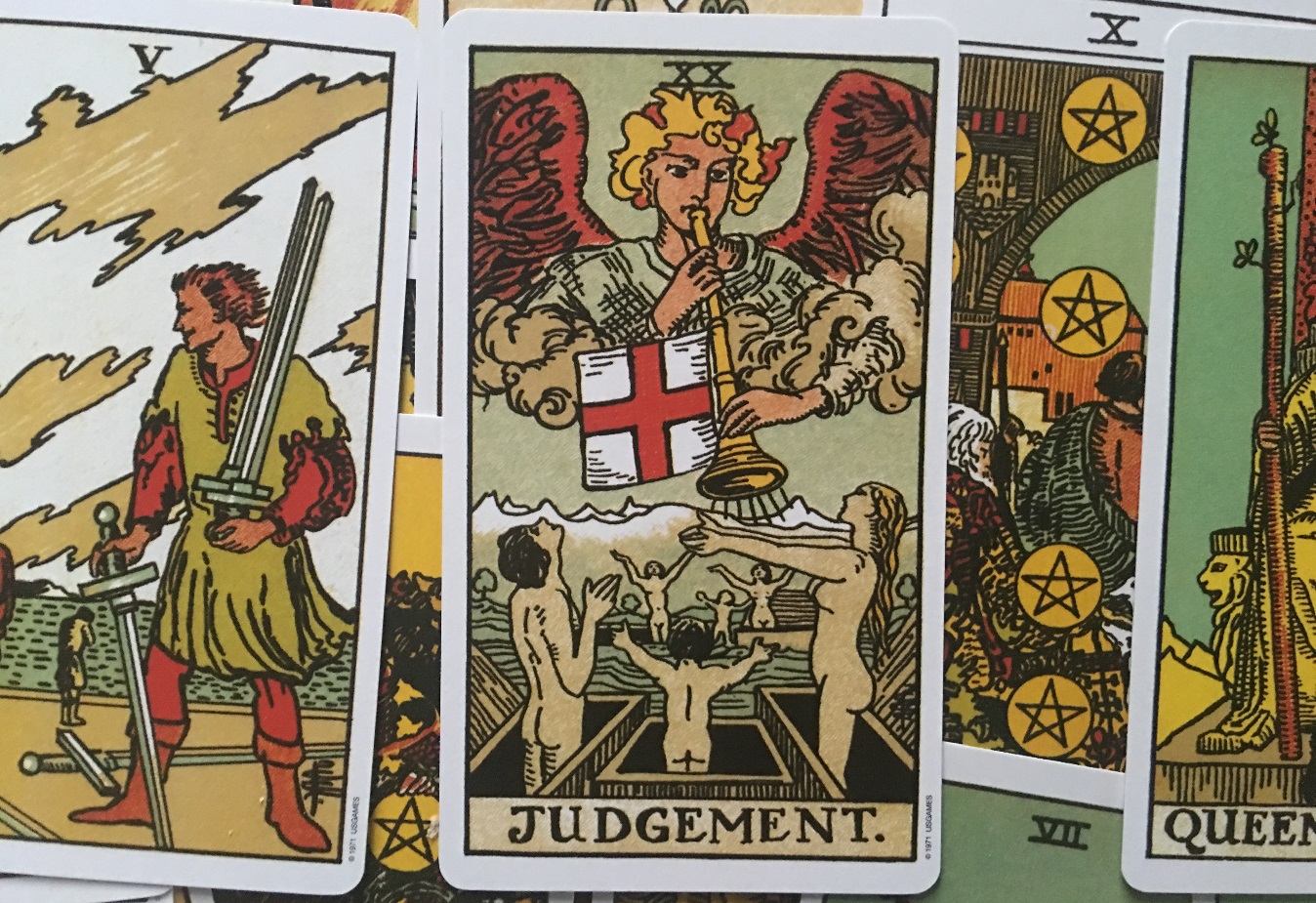 The Judgement tarot card is represented in the deck by an angel with big golden wings who plays the trumpet wrapped in a bluish cloud. He is more than an angel – he is the messenger, judge and guide of souls. The judgment in the psychic reading represents a moment of truth in which all that is material is separated from that which is spiritual. Everything in this psychic card suggests the victory of spirit over matter.

The Judgement tarot card carries the meaning of the unexpected, as the divine judgment, promising this moment to be swift and sudden. It will, of course, give pleasant surprises and positive events, favourable to the question, especially when the card appears upright or when is surrounded by other benevolent tarot cards.  The Judgement card talks to the consultant about a success, a victory, or a complete renewal after a crisis. The Judgment tarot card often involves unexpected news.

The Judgement tarot card usually symbolises a new love, love at first sight, a turning point in the relationship or an unexpected change of partner. Departure or sudden return of a loved one, re-encounters, fraternal friendships.

The Judgement tarot card in the psychic readings talks to the clairvoyant about a change of job, a promotion. Artistic and literary talent will be exploited, as well as the rediscovery of old projects considered buried. Frequent trips for business purposes.

This arcana is usually fast (one to three weeks).

When reversed the Judgement tarot card tells the clairvoyant about a rejection of a great truth. A thing considered concluded will be questioned and the consultant will have a very short period of time to react. In fact, continuing to postpone a decision, or to insist on incorrect assumptions can only be emotionally disturbing and add new frustrations to those that already exist.